Are social media signals being used in this next Google update? 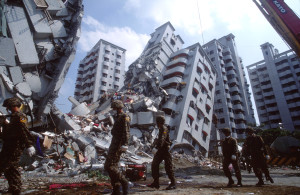 Is Facebook, Twitter and all the other social media signals impacting your search engine rankings? Do we now know they are from Matt Cutts at Google himself? So we know small changes in Google’s algorithms happen daily and sometimes, multiple times per day. Similar to earthquakes in California, you usually don’t feel them unless they hit a certain height on the Richter Scale. These little tweaks in Google’s algorithm are  in order to continually refine and optimize the results for relevance. And many believe that these tweaks involve the factoring of social media signals within the SERP results. This new update, announced by Google’s Head of web spam- Matt Cutts, speaks more about the ways to differentiate popularity from authority, and what Google’s plan is to address this concern. So is Google finally admitting to using social signals in their ranking algorithms?

Well, Matt Cutts said the search engine is working on “some changes” that will help it better determine when a site is an authority on a topic. Though he didn’t provide a specific date of this new update he stated that he’s  “looking forward to to those rolling out.” And it is commonly known to be a big one,. Are you are prepared?  To all those who have stayed true to maintain white hat SEO consistency in your marketing plan  these updates don’t impact you-negatively that is.

Matt Cutts asked “how do you separate simple popularity from true authority?”

I know many people have asked him this in various ways, and there are many theories on this as there are on Malaysian Airlines Flight MH370, but Matt Cutts decided to step up at SXSW and provide a little feedback into some upcoming changes. This entire discussion launched when Blind Five Year Old asked Cutts, “As Google continues to add social signals to the algorithm, how do you separate simple popularity from true authority?”

In his video, Cutts states that common assumption by the community is  that Google IS using social signals in its ranking algorithm, however this has never been clearly found or stated by Google. Regarding the popularity versus authority theory , Cutts says, “We’ve actually thought about this quite a bit because from the earliest days it would get us really kind of frustrated when we would see reporters talk about PageRank, and say, ‘PageRank is a measure of popularity of websites,’ because that’s not true.”

If these new changes actually work, they could provide a boost to search result quality. In fact, this is just the kind of thing that it seemed like the Panda update was originally designed to do. Remember how it was initially referred to as the “farmer” update because it was going after content farms, which ware saturating the search results? Many of those articles from said farms were drowning out authoritative sites on various topics.

There has been talk  on  a “next generation” Panda update sometime as well, though it wasn’t suggested that this new update was directly related to that. That update though, he said, could help small businesses and small sites so we are anxiously looking at more information on this. One Googler on his team is specifically working on ways to help local SEO web sites and businesses do better in the Google search results. This next generation update to Panda is one specific algorithmic change that should have a positive impact on the smaller businesses.

Post-Panda update, Google began placing a higher emphasis on freshness, which led to a lot of newer content rankings for any given keyword.  However, there are many cases when more authoritative or relevant content was getting pushed further down the SERP results in favor of newer, less helpful content. It seems logical  that Google is looking more at authority by topic now, because everyone in the SEO community including Cutts has been suggesting that websites and blogs stay topic-centric .

Either way, this is another clue that Google really is looking at authority by topic or niche. We look forward to the change! Are you ready?